All was calm in the marina this morning, no swell. The Muscovy Duck was catching a few rays of sunshine and appeared dry and relaxed. Breakfast was prepared and ready for us to eat in the cockpit but John had disappeared. I thought it a bit weird that he should choose that moment to spray WD40 on his bikes which are secured near the marina gate.

Moments later I was presented with a rose and a bouquet of local grown flowers from the market. Today is Valentines Day. John admitted to being embarrassed about buying Valentine flowers. I had made one of my card creations for John, not a fair exchange really but it was made with love. 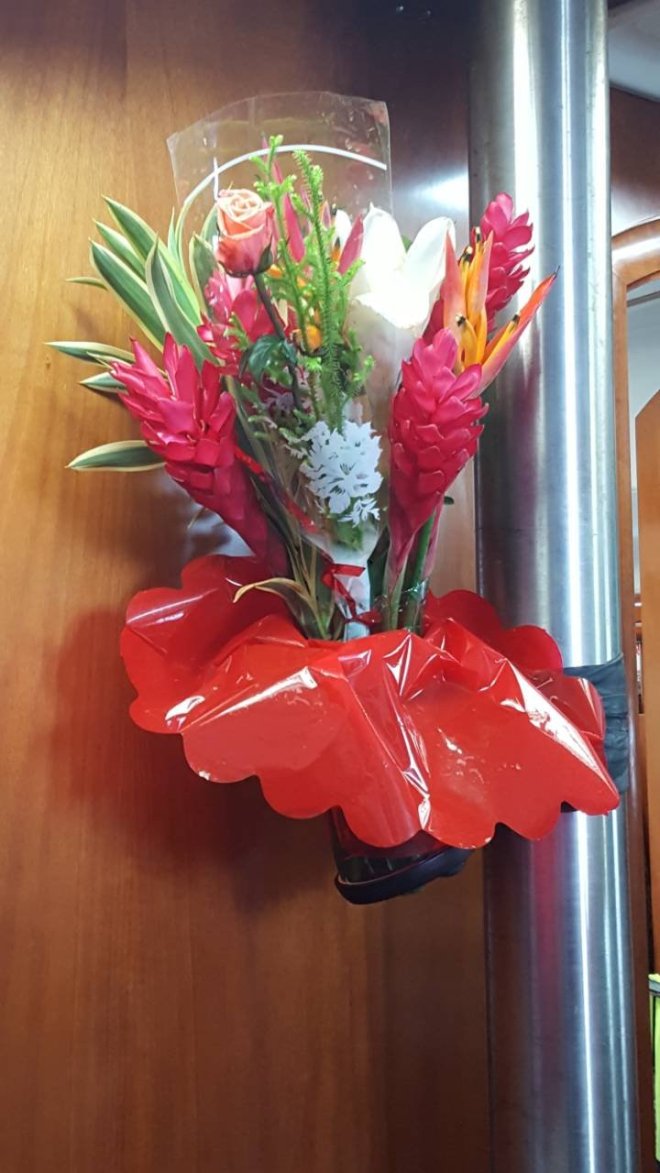 Valentines day can be a cruel day. The teenage school girls in Tahiti are demonstrative with their newly presented roses and often look smug rather than smitten. I’ve seen girls purchasing their own roses from the local garage, glancing quickly around to check that no one in their peer group has noticed. Such is the pressure.

Having purchased a baguette a couple of hours later, I noticed that the flower sellers in the market were having a field day. Men young and old seemed shy and embarrassed as they make their choice of bouquet. Token gesture or completely over the top, what message should they give.

On closer observation I was happy to note that families old and young bought flowers too.

I don’t want to be too harsh on the concept of Valentines Day but I loathe the fact that it has become another commercial gimmick. How could you possibly approve of a bunch of flowers containing an inflated Chinese helium balloon. So bad for the environment.

One thought on “Shy”