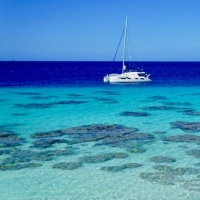 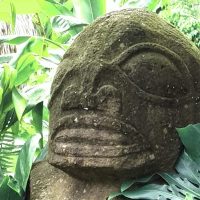 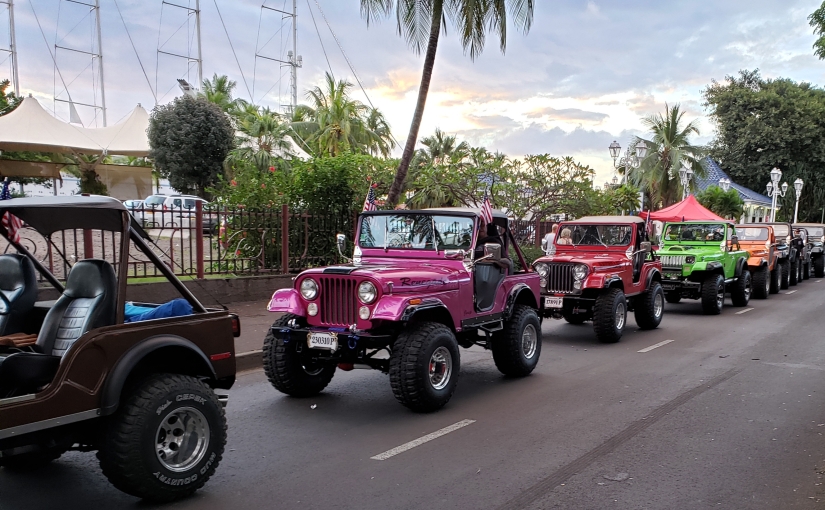 There was a thunderous noise outside the marina yesterday. So much for the local churches asking for silence on a Sunday. Police vehicles with blue flashing lights closed off the road.It turned out to be an event for the owners of American motorbikes and American Jeeps. Both of which made a huge amount of noise when in action. 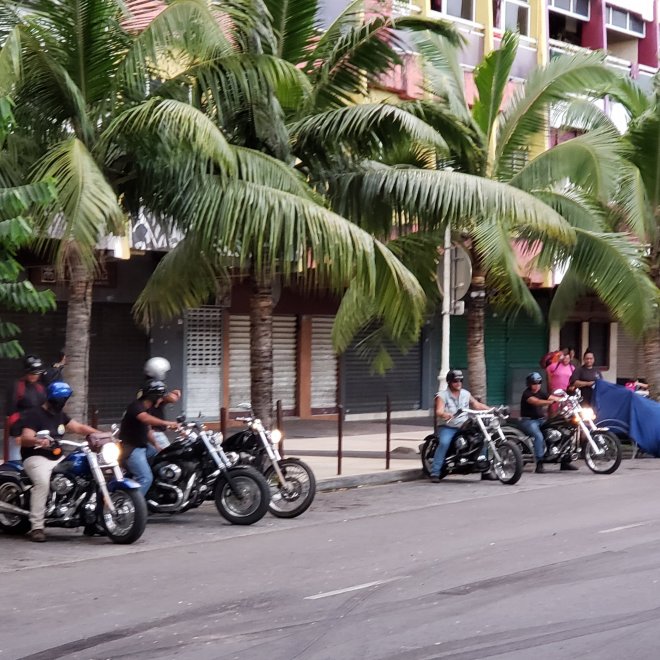 Once the vehicles were parked on display outside the marina, there was a blissful silence. It lasted all afternoon. 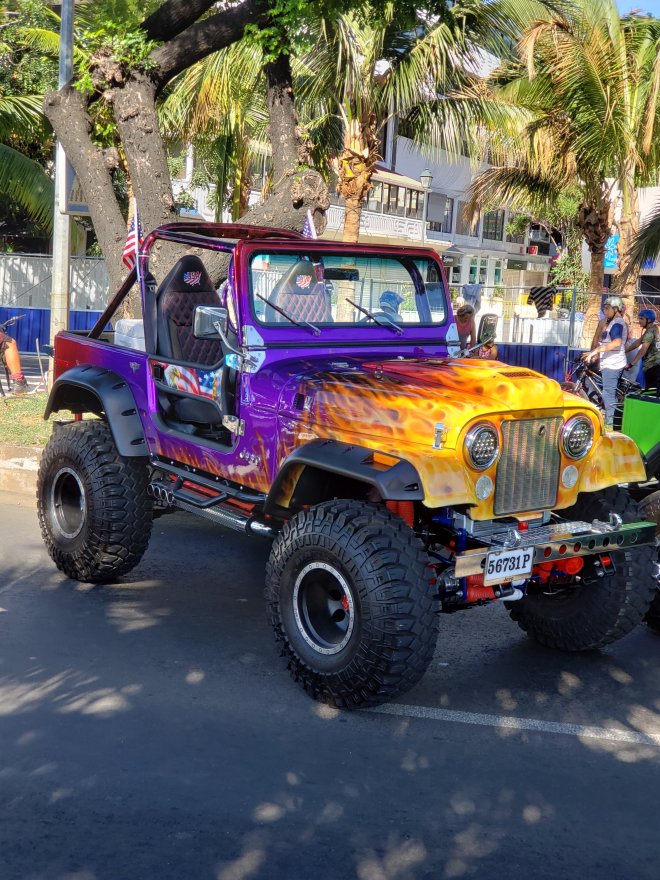 Unlike the vast USA, Tahiti is a tiny island. Papeete the main town, is already struggling to cope with traffic congestion. Although fun for some, and they definitely drew a lot of attention at the event, I wonder if these gas guzzling, noise polluting modes of transport have a place here on the island. 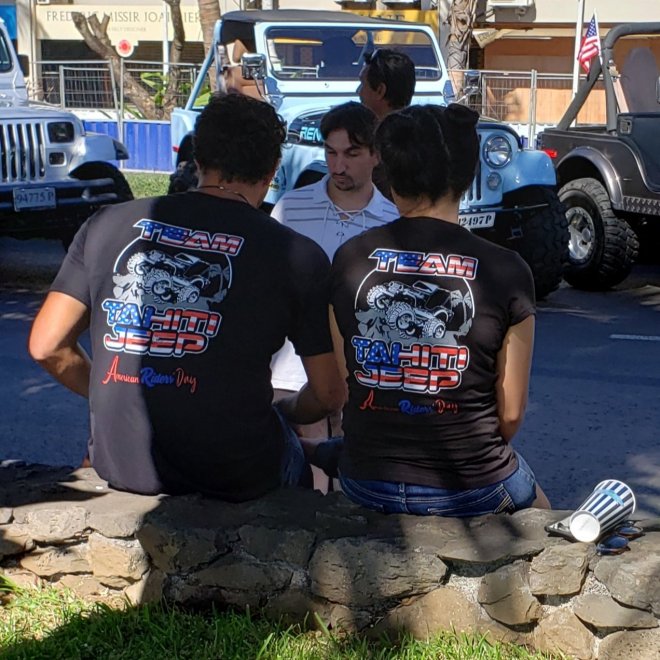 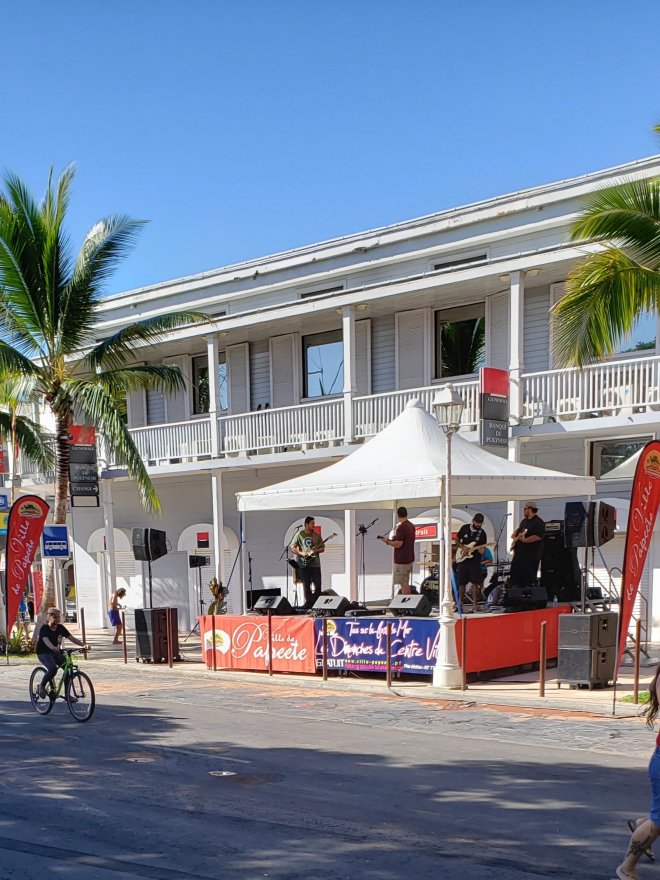 An excellent band belted out classic American hits from the seventies whilst children and youths practiced bicycle stunts. 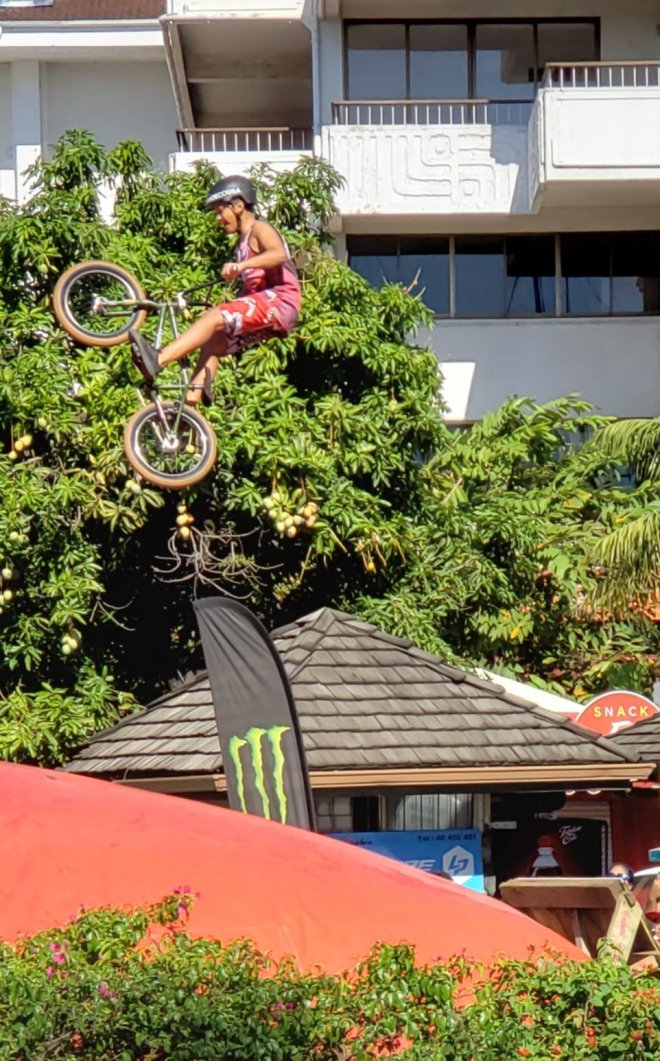 Others watched the experienced trick bike team fly up a ramp, spin their BMX bikes and land on a huge inflated airbag. 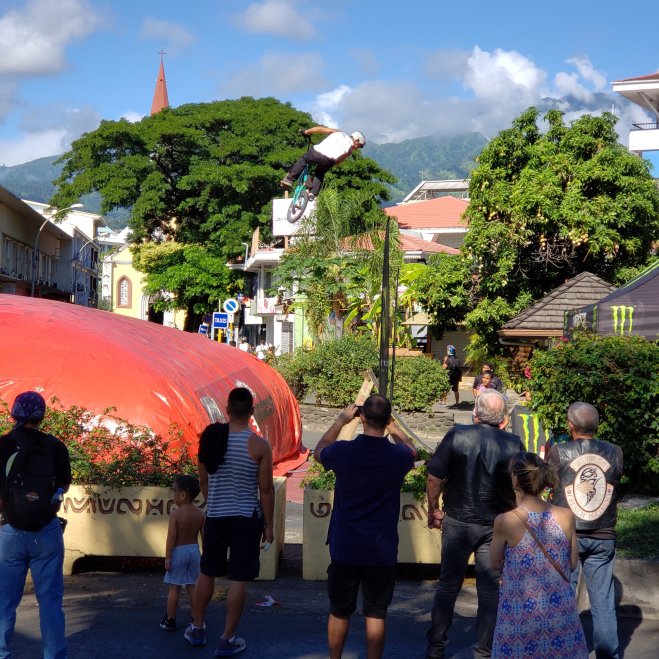 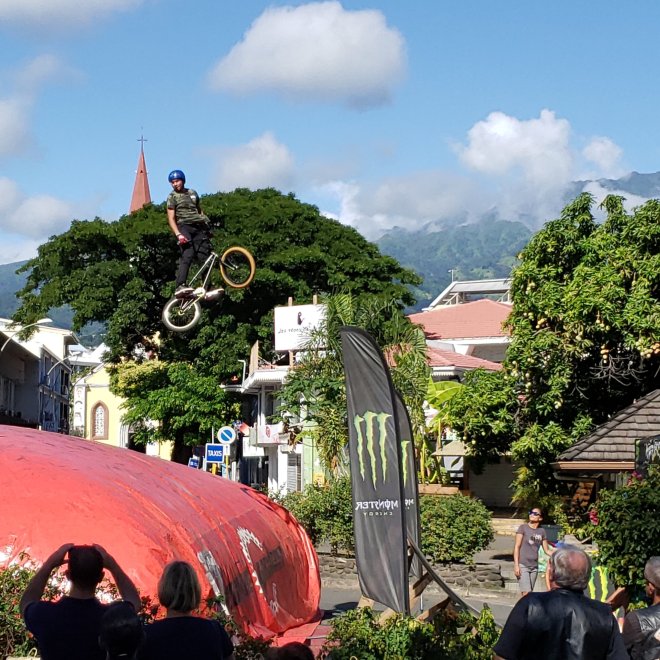 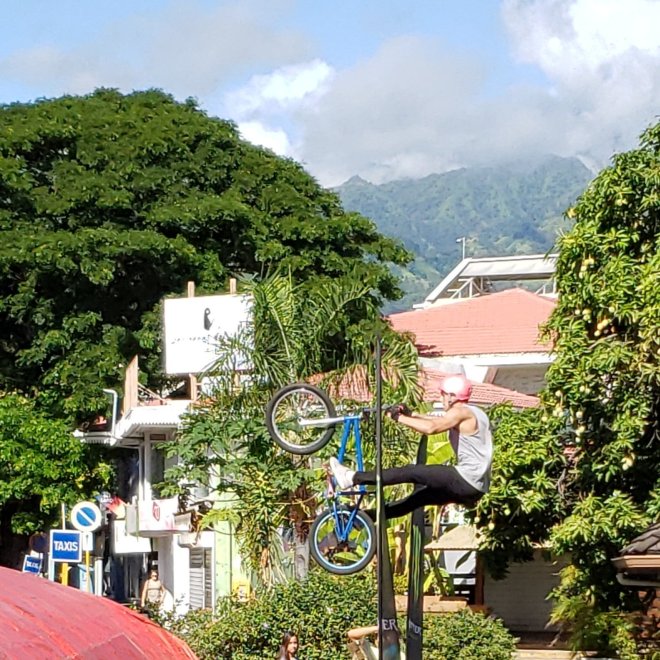 I discovered that BMX means bicycle motocross, it’s an off road sports bicycle used for racing and stunt riding. BMX started in the early 1970s when children began racing their bicycles on dirt tracks in Southern California inspired by the motocross stars.

So the good old Stars and Stripes won over the locals for the afternoon.
With screeching tyres and roaring exhausts the jeeps and motorcycles disappeared as quickly as they arrived. 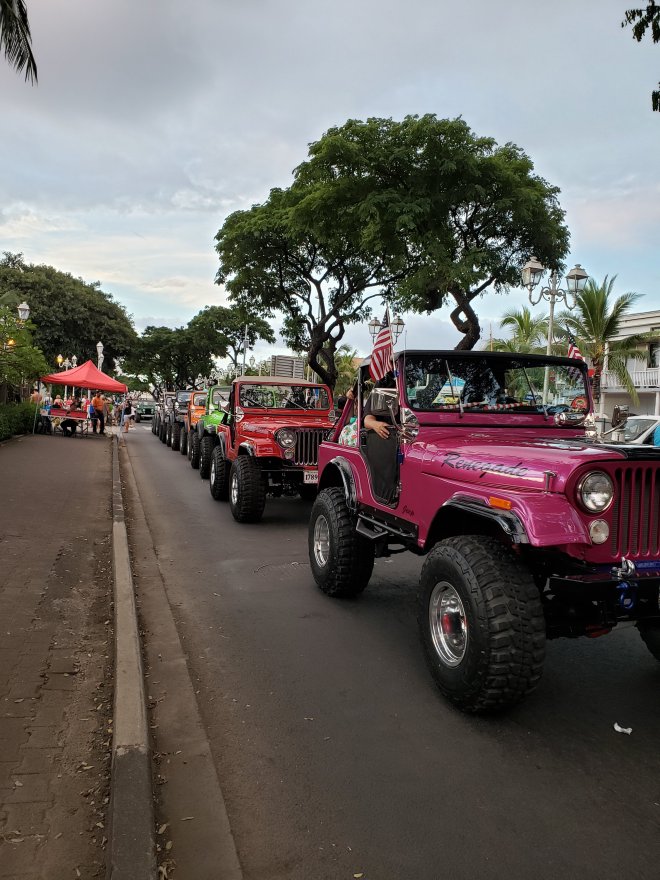 A short time later the police reopened the road to the normal traffic.

4 thoughts on “American dream in Tahiti.”