When composing today’s photo of water, experiment with both horizontal (landscape) and vertical (portrait) orientations.

Some photos were quite pretty but it was difficult to decide whether I preferred the landscape or portrait shots of the image. I think this was because the photos were too busy.

In the end I deliberately selected an unattractive scene.

I actually quite liked the landscape, horizontal image. It showed the rocks in the foreground, the river estuary and nautical feature in the mid section, with the sea leading out to the Island of Moorea in the background.

There was a lot of sky and foreground rocks in the vertical image. The background was insignificant.

Both photos could be used, each portrayed a different message.

Not sure what any one else thinks?

Capture an establishing shot. A wide angle photo that sets up a scene. Compose the wide shot looking for two basic components, a foreground and a background. Identify your foreground and background as you frame your snap shot.

In the foreground are the painted stairs and the Street Art mural.

Follow the steps down to the street where people are going about their daily business.

In the background across the street are vehicles and the shops.

I have just signed up for the 10 day Developing Your Eye photography course. I’m using my Galaxy S8 phone camera. I’m a complete novice and am keen to learn.

Developing Your Eye, Day One, “Home”

I’m from England where we still have a house but some one else lives there, so I don’t think of it as home. In 2010 my husband and I set off in our small yacht to sail around the world and this is our home. We have visited many places so don’t have a permanent address. However we have been in French Polynesia for a long time and consider our yacht in Tahiti home.

This photo was taken to celebrate New Year 2018.

But I’m not an expert and am happy to be corrected.

Every morning we hear a loud smack noise alongside our yacht and know that Smack is having breakfast. Some unsuspecting crustacean has become a tasty meal.

He’s quite an extrovert and swims to the surface when we stand on the swim deck or jump ashore. 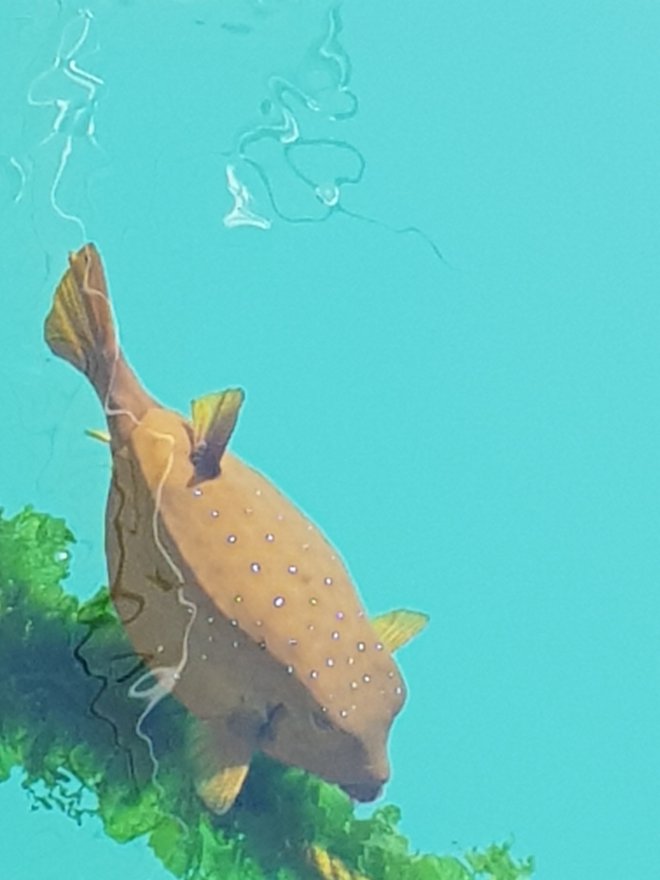 His small mouth is deceptive, judging by the amount of green weed which he chomps off our lines in search of creatures. 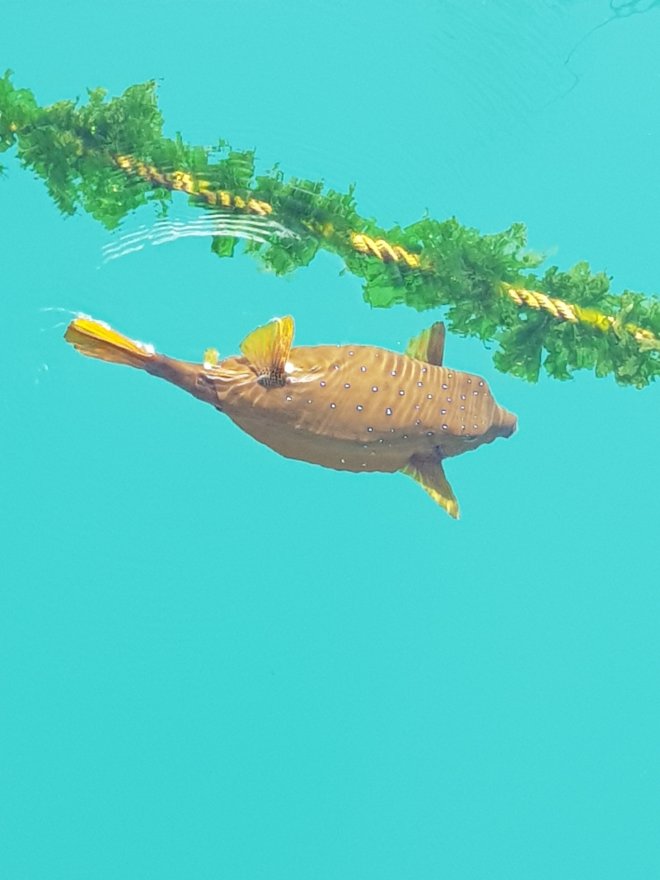 I think he prefers the meaty bits to the green stuff. 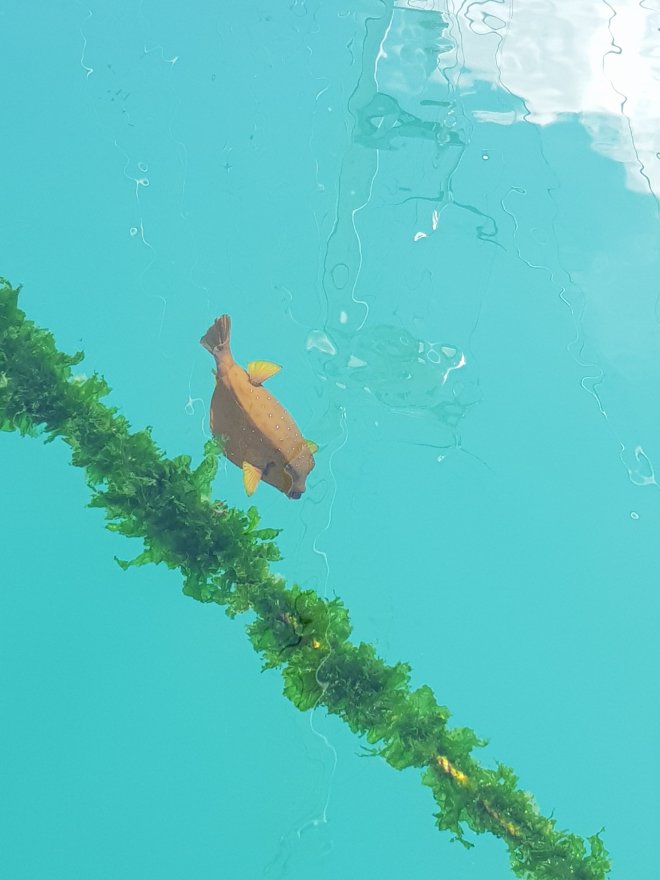 He looks as though he’s whistling. 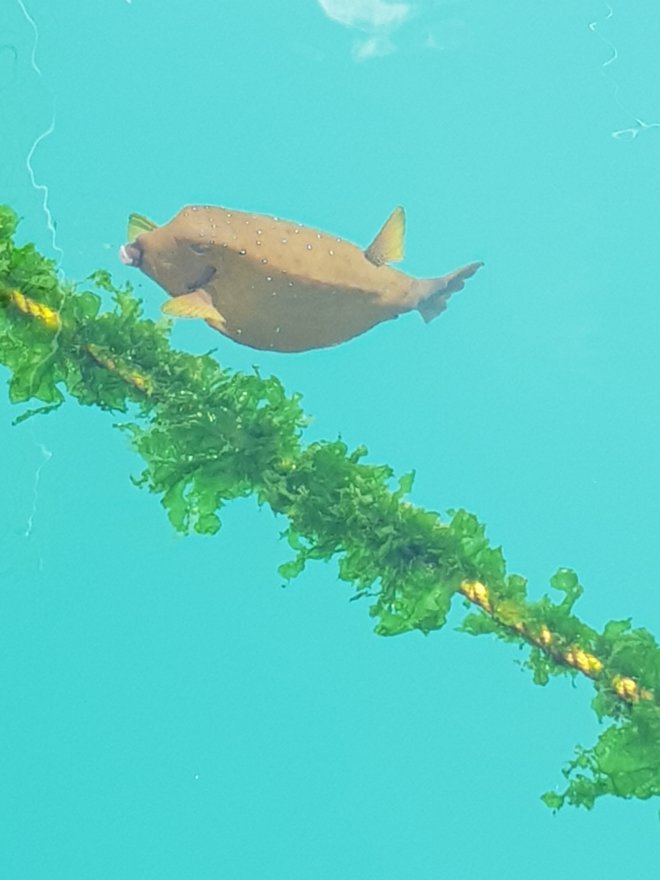 Smack has a buddy, a larger, shy fish, who disappears when rumbled . I’m not sure if it’s Mrs Smack.

On board Shiraz, I’m sipping tea in the cockpit and wave at my reflection in a large mirror window on the super yacht opposite.

It reminds me of a mirror, mirror joke cracked by a school friend. The joke had something to do with a man being granted his third wish and his legs dropped off.

I expect there are many young adults who wish they could be employed on a super yacht. Imagine the kudos of successfully being selected as one of the crew.

Kitted out with a new set of deck clothes emblazoned with the super yacht logo, you are ready to start work. I can only imagine the reaction when directed to the cleaners cupboard, with instructions to clean the deck, then polish the topsides. 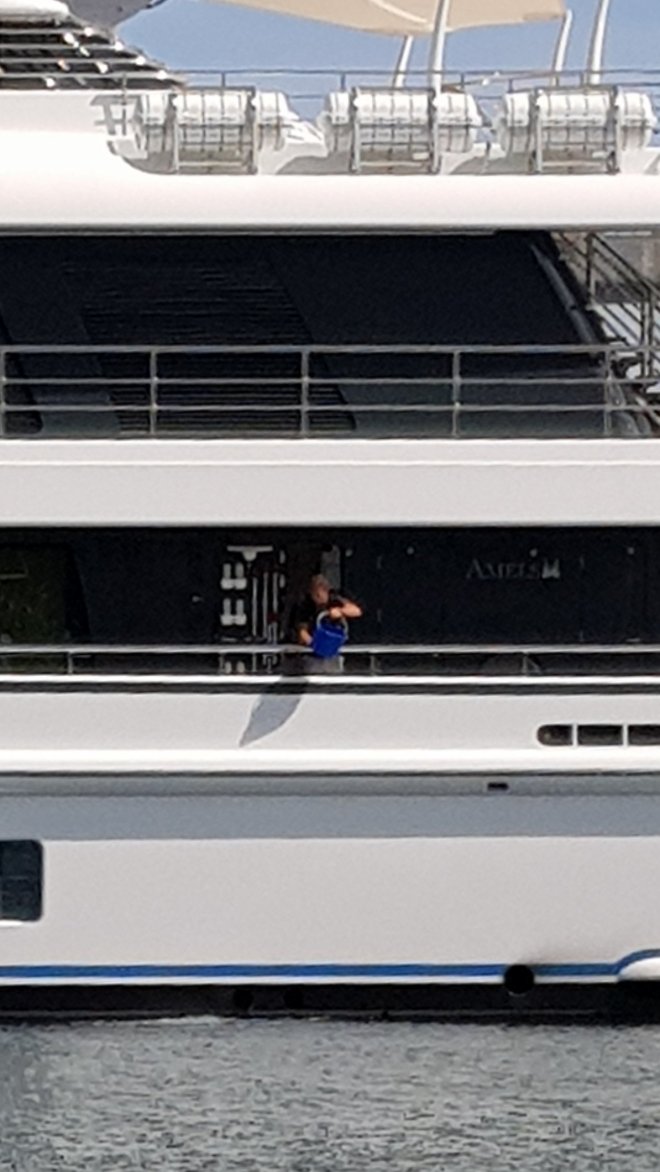 For someone whose bedroom has never been tidied, this could be a bit of a challenge and not quite what they had in mind. 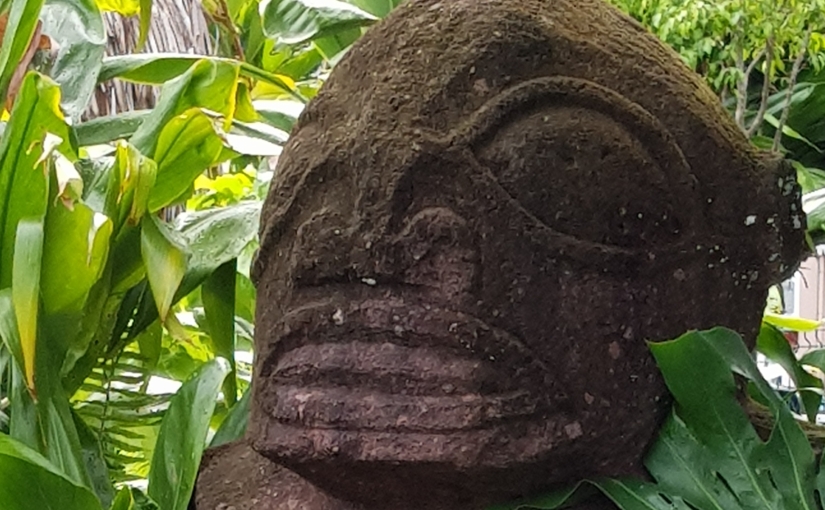 When I was a kid I loved making Plaster Of Paris models. My favourite was Pinocchio but his nose always fell off as I pealed away the mold.
The Tahitians like to make Tiki statues. Many are ancient but more modern ones are springing up in the Papeete Paofai Park .
The Tahitians don’t have a problem with the noses dropping off, they are flat.

The house of Green Ginger was a coffee shop in my UK home town. Green Ginger sounded exotic when I was a teenager in the 70’s . It was the sort of place where I would rendezvous occasionally with my father on a Saturday morning, knowing that he would pay for the coffee and I would get a lift home. The only other ginger thing in my life at that time was my hair.
Fast forward to present day and I’m retired, living with my husband of 36 years on our yacht in Tahiti. I feel very special because I’m regularly presented with a fabulous bouquet of local flowers from the Papeete market. 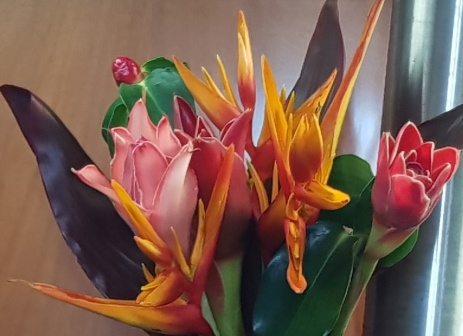 These locally grown flowers are totally exotic. My previous assumption of exotic ginger being green in colour, went clean out of the window.

Look at the vibrant colours and look at the stunning textures. 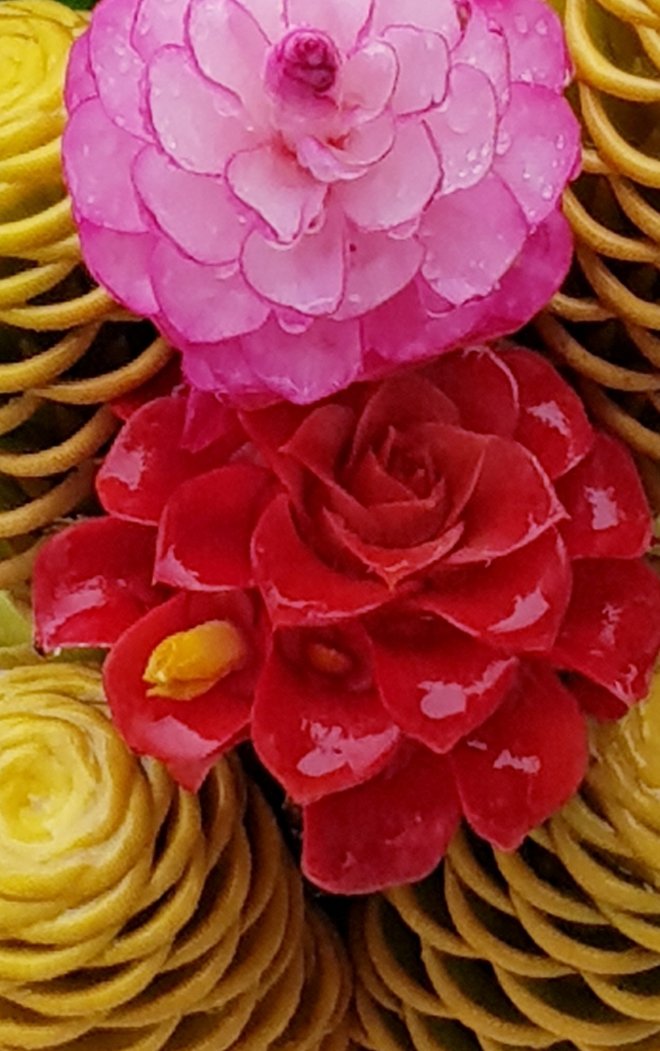 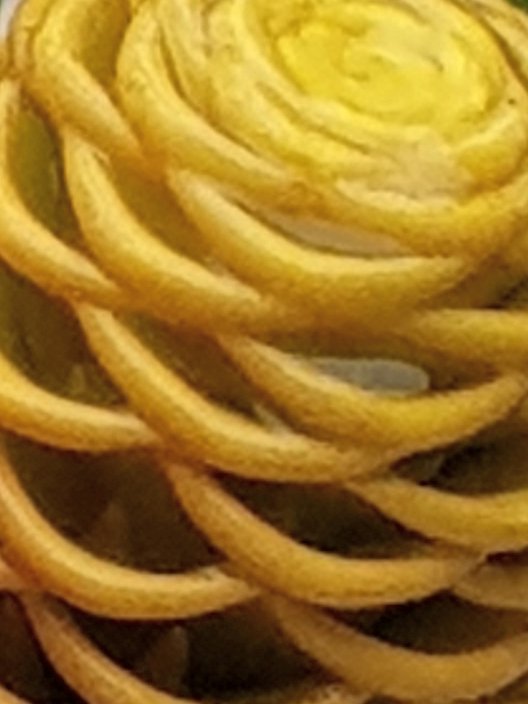